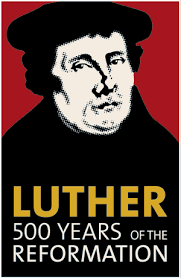 A small minority of people will be remembered and known beyond four generations (100 years): mostly by grandchildren and great grandchildren. A significantly smaller number of people will be remembered 100 years after their death for the impact they have had on developments in their countries. The fact that Martin Luther’s protest half a millennium ago against Papal indulgences and Roman Catholic theology and the Emperor was celebrated last week in Germany and most countries with a significant number of Christian believers, testifies to his role in breaking the mould of Medieval society contributing to the dawn of the Modern Era.

Whilst Luther’s impact is primarily associated with the birth of Protestant churches, his ideas have impacted on power relationships in society as well as the world of business.  The most fundamental impact of Luther’s teachings was the empowerment of the individual.

“Unless I am convinced by the testimony of the Holy Scriptures or by evident reason… I cannot and will not recant, because acting against one’s conscience is neither safe nor sound. God help me” – are important. There was no appeal to or subservience to hierarchical authority. Scripture or reason would guide him – and Luther would himself decide whether the emperor’s and papal representative Johan Eck’s arguments met his yardstick of interpretation of Scripture and/or reasonable argument. In refusing to recant, Luther stated:

“If I now recant these, then, I would be doing nothing but strengthening tyranny” (see Heiko Obermann’s Luther:  Man between God and the devil )

This wake-up call came to the fore in several ways:

Though Luther was – as child of his age – no democrat promoting the rights of the peasants: he was opposed to a hierarchy that operated beyond questioning. As the Vatican was incapable of granting salvation, likewise the princes and land-owners were incapable of granting salvation against starvation:  one had to work for daily bread (and save for the rainy days). Luther found the big difference between the realm of belief and that of daily life in distinction:  salvation cannot be “gained” by good deeds, but in the real world one had to work to survive.  Your job position (Beruf) was a calling (Berufung) and required dedication.

This legacy of Arbeitsamkeit is still one of the characteristics of German society with productivity per worker amongst the highest in the world despite Germany having one of the shortest working weeks in hours.  Luther considered passive income – through investment in businesses by buying shares – as unacceptable since the income was generated on the toils of others. He therefore declined acceptance of shares in a mining concern. Germans to this day are not large investors in shares:  but they are big savers.

This prudence also manifests in Germany’s approach to public finance.  In the current coalition negotiations the first thing the three negotiating parties (Merkel’s CDU, the liberal FDP and the Green Party) could agree on was to commit to budget deficit not exceeding of 0.35% of GDP. This also lies behind Germany’s insistence on austerity measures by Greece as precondition for loans.

The avoidance of Keynesian spending to stimulate the economy has a root in the runaway inflationary experience of the Weimar Republic after WW1.  There are however deep Lutheran roots: Catholics could run up sins, go to confession and receive absolution. Protestants didn’t confess since no priest could grant absolution.  With Schulden the German for both “debt” and “guilt” in the Lutheran mind-frame Schulden (debt), like Schulden (guilt or sin) should be avoided.

Luther embraced the most remarkable innovation of his age:  moveable typesetting introduced by Gutenberg.  His translation of the Bible in German was printed and became widely read with literacy blossoming.  He wrote hundreds of tracts and books as well.  The German book market remains one of the most lucrative in the world.

With individuals responsible for earning their livelihoods, the acquiring of new skills and knowledge was also individualised. The eagerness to become literate in order to read the Bible, rendered also a more literate generation that enabled employment expansion in sectors hamstrung before by lack of skills as well enabling new enterprises that emerged to address the new market needs. The eagerness of youngsters today to find jobs linked to social media applications had its forerunner in the wave of newly literate people findings jobs at a growing number of print shops (typesetting and printing) and journalism with the birth of newspapers.

Max Weber’s theory that the Calvinist strait of Protestantism prepared the path for capitalism is no longer widely accepted. However, the different Reformational thrusts triggered 500 years ago in Wittenberg when Luther nailed his 95 theses on the church door, have had a ripple effect on unforeseen shores.

Freeing the individual from Papal exploitation of fears for a future beyond the grave that the church had claimed to have expert knowledge about, plucked the Roman Catholic Church from its universal pedestal of influence in the then known world. Together with the schisms within Protestantism there was no longer a total uncontested and accepted truth.  The door was opened (largely unforeseen by Luther) for the dawn of individual rights and responsibilities, of pushing back boundaries by exploration, scientific research and reflection, and accelerating technology.  Luther (1483 – 1546) was a person that changed the society of his time in a manner that still has impact today.

The works of his contemporary Nicolaus Copernicus (1473 – 1543) were still largely unknown during that stage. Both had a lasting impact on the way we perceive reality. The bold stand of Luther in the face of authoritarianism well-knowing the fate of Jan Hus a century before, contributed in no small way how we understand the universe, religion, power relationships and society at large…

And individual freedom forms a cornerstone of this legacy of half a millennium.  Indeed something to celebrate.

4 thoughts on “A stand against hierarchical tyranny: Luther’s protest has changed the world”